To flash or not to flash

I use some form of flash in nearly all my images, as I’ve stated elsewhere in this blog. However, there are times when flash is unnecessary, as was the case with this first image below. When I saw the light shining through the trees, directly onto that swing, I knew I had to get the bride and groom over there ASAP. I already had my camera set for the ambient light so it was simply a matter of finding the right composition and focal length. I was using the new version of the Canon 24-70mm lens, and it performed very well. So that’s the first shot below. The second image was made after the sun had just set; you can still see the orange glow on the horizon. Exposing for that light meant the bride and groom would have been silhouettes if I hadn’t added my own light. I had the wedding coordinator hold one of my external speedlights and point it through a white translucent umbrella, about two feet away from the couple. In the first image, no amount of flash could have improved the shot; in the second image, flash was key. 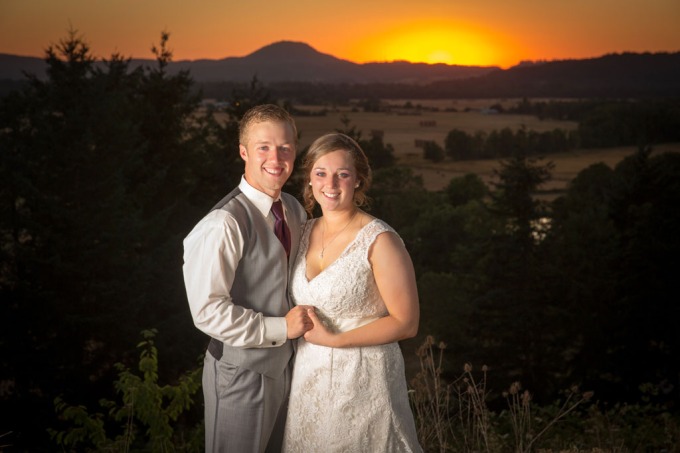 ← Shotgun Wedding
May I have the rings, please →