At this Jasper House Farms wedding, I wanted to create a scene using the amazing copse of trees near the ceremony site. The area was fairly shady but the background had a lot of highlights from where the sun was peeking through, so I knew I needed to underexpose the ambient light a bit, then use some off-camera flash to put some light back onto the bride. This setup reflects how our eyes would normally process such a contrasty situation but a camera hasn’t been made (yet) that can do so. I could’ve foregone the use of flash, and just exposed for the bride, but that would have meant a great loss of detail in the scene and since the bride had obviously chosen the venue for its beauty, I wanted to include as much of it as I could! I had the bride’s mother hide behind the large tree on the right, holding two Canon 600 EX-RT speedlites behind an umbrella that was aimed at a 45-degree angle to the bride, opposite the direction of the sun, then I shot from far away with my long lens (Canon 70-200mm EF f/2.8L II, stabilized). 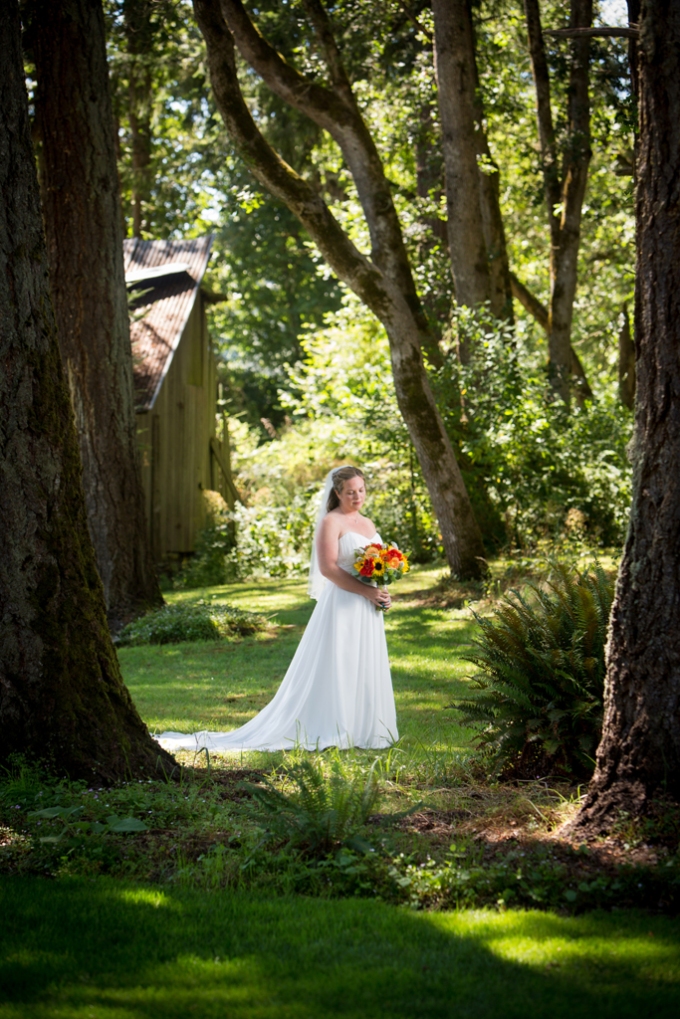