We are in the land of enchantment. After the hustle and bustle of Tokyo, which is a big part of why I love that city, it’s nice to be here in the laid back city of Kyoto. Also, for the first time since arriving in Japan, we saw blue sky yesterday! The Shinkansen was late leaving Tokyo Station due to heavy rain but when we passed through all the mountain tunnels and got near Kyoto, the sun was out. Stepping out of the train, the heat hit us like a wet blanket. It took some time to find the cab stand, and the cab driver almost couldn’t find the apartment, but he got us close enough that the photos of the building, provided by Airbnb, were enough to help us find it. The apartment is a five story walk up and we are in room 402. The view from the balcony is nice.

We’re staying in the Gion District, which is chock full of small wooden houses and narrow, lamp lit streets. Walking around last night, with a warm breeze in our faces, was awesome. The river that runs through the city (the Kamogawa?) is fronted on one side by block after block of restaurants, all of which have outdoor decks above the river. We spotted one that looked like it had an empty table and were soon seated outside where we eagerly awaited our first meal in Kyoto…Italian food. That one’s for you, dad!

Later in the afternoon, same day (Sunday, September 25th). After watching the Oregon game, live, this morning on the iPad and seeing the Ducks officially end their season after only four games, it was time to hit the trail. I wanted us to see Kiyomizu Temple, Kodaiji Temple, Yasaka Shrine and the Nanzenji Temple today; all of which are within walking distance of our apartment. It was super hot this morning, with the sun shining in the east and thunderheads building in the west, so I’m really glad I had plenty of Pocari Sweat (i.e., Japanese Gatorade). The walk to the first temple, Kiyomizu, took about 20 minutes, the last half of which was up a steep hill. I remember walking around with my dad in Kyoto, back in 1999, and we got lost in the hills. Those were the pre-Google days and we had fun being lost anyway, so it was cool. Today, since our apartment is so close to everything, it was pretty easy. The narrow little street leading up to Kiyomizu was aswarm with women and girls in full kimono; even some of the guys had them on. They were so ubiquitous, they occupied a lot of space on my camera’s memory cards. Here are a few photos. 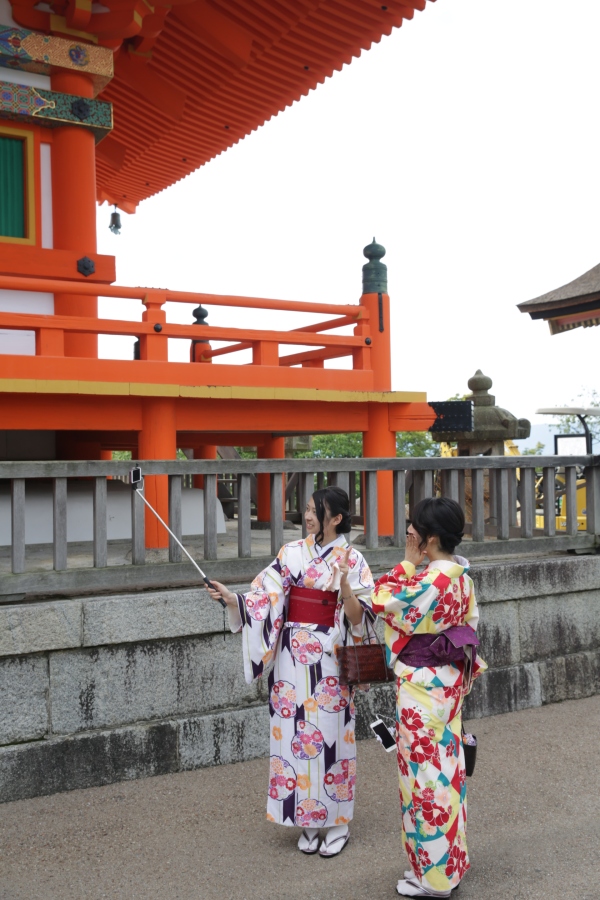 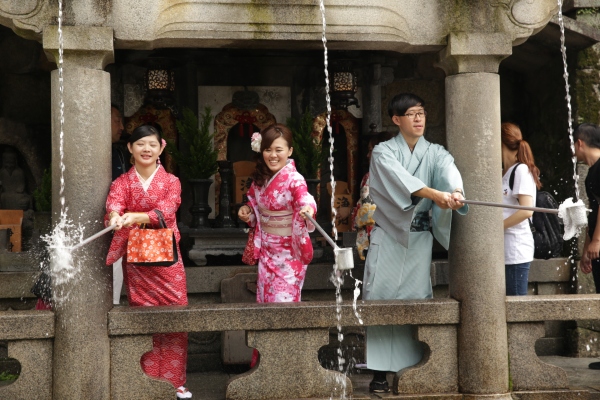 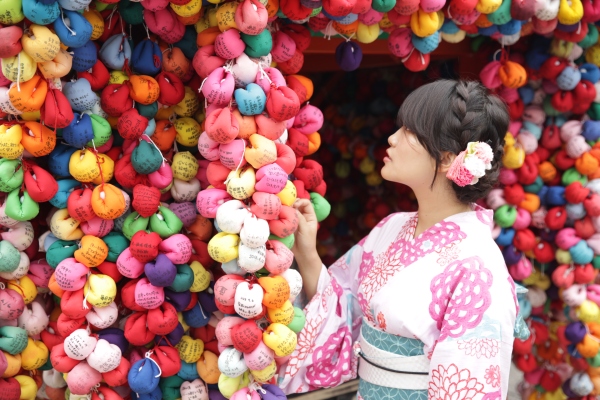 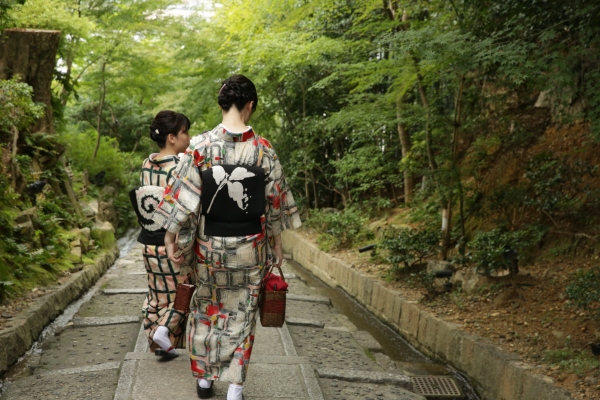 So those are a handful of the way-too-many photos I took of women in kimono. Here are a few photos of the various temple. Right now I’m looking at the photos Jacob took with his iPhone 6 and his color rendition is way better than what my $4500 Canon (with lens) can produce. Cmon, Canon….

I will also post a few photos I shot with my own iPhone, all panos, a little later. 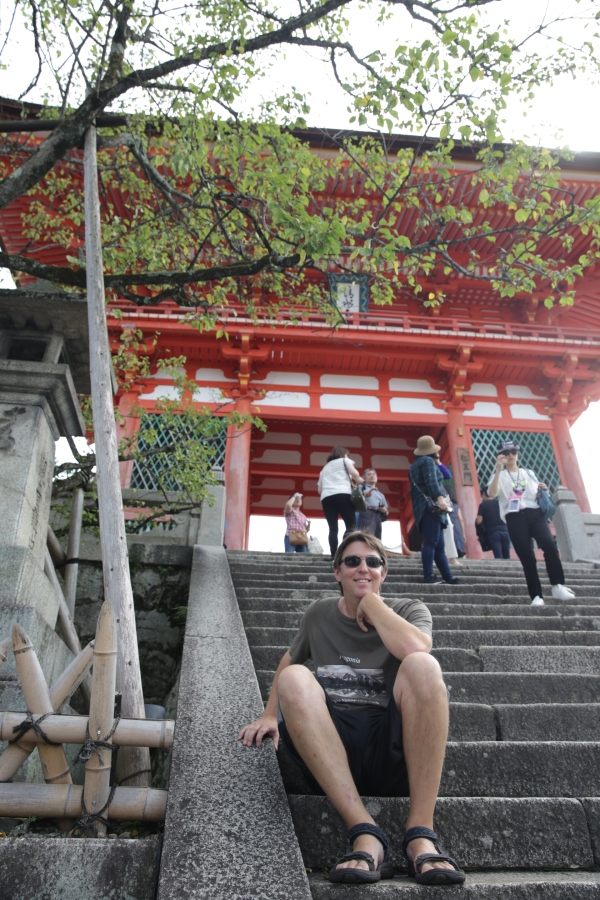 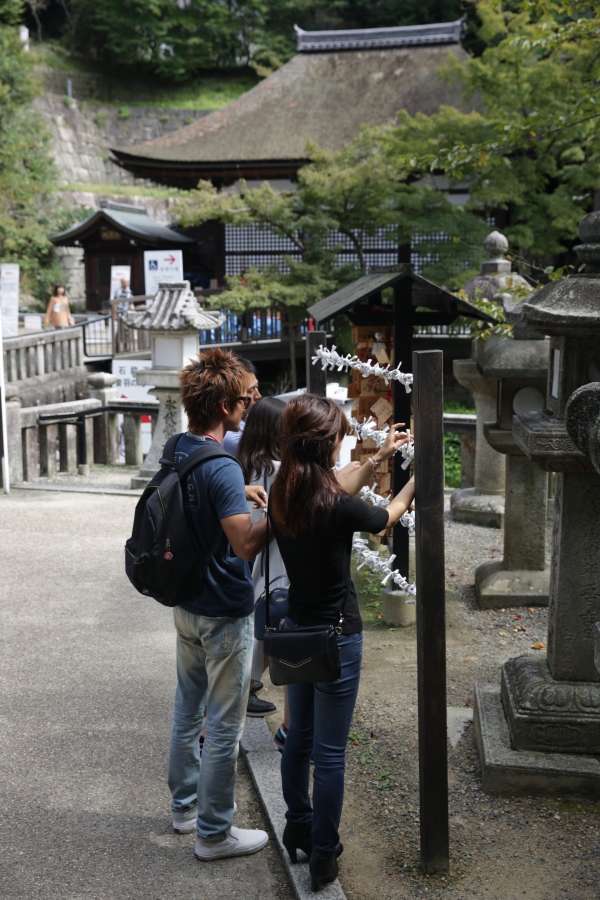 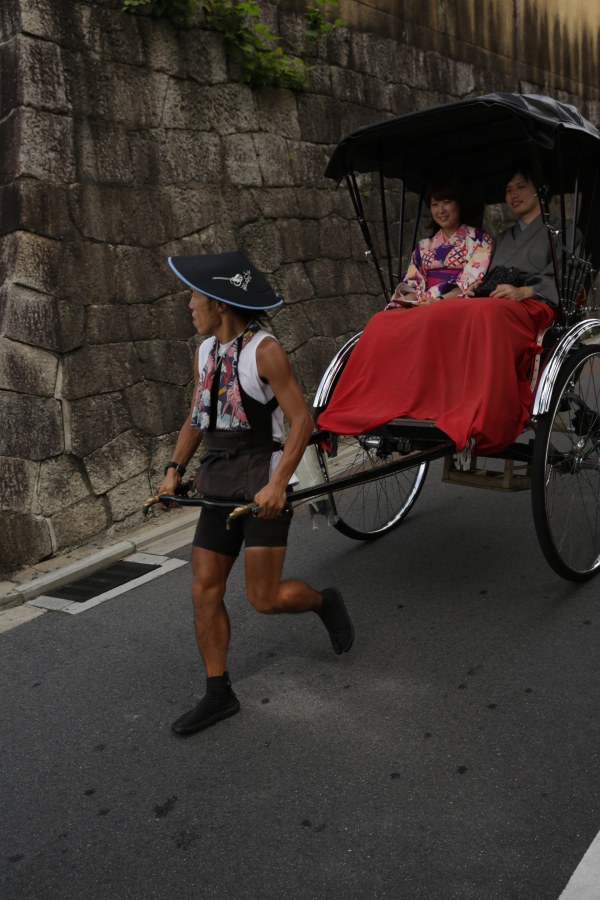 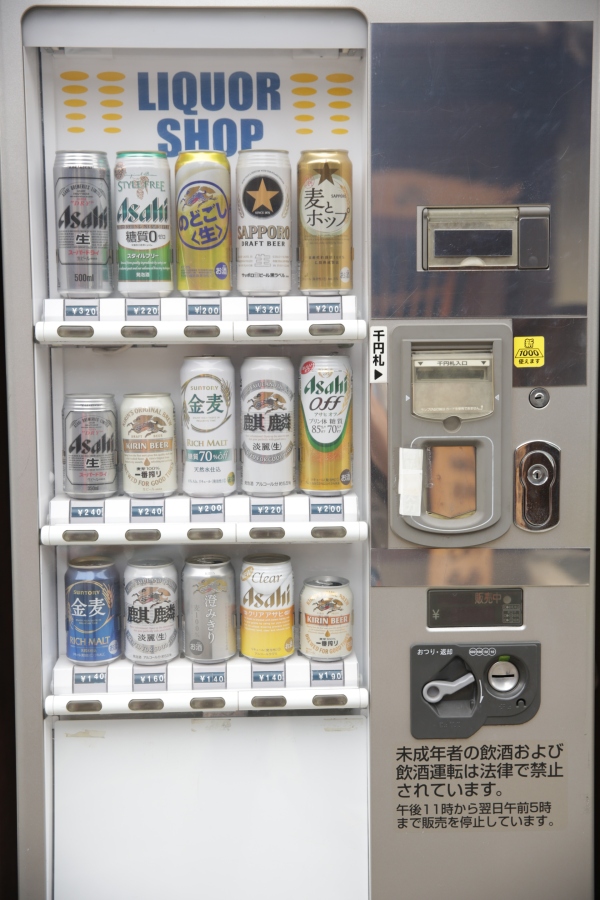 Here are the photos I took with my iPhone 5S: 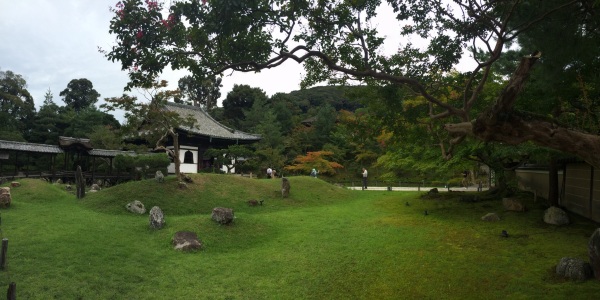 Today is Tuesday, September 27. We went to Himeji Castle yesterday, and it was amazing, but then I lost my cell phone in Osaka last night and trying to find it has consumed me ever since so it may be awhile before I post again. On a side note, if anyone travels to Japan, and tries using their iPhone, here’s a crucial tip: don’t dial 001, followed by the country code, followed by the number. Instead, hold down the 0 on your phone for a couple seconds and a + sign will appear. That + sign takes the place of 001. Then you just dial your number, including the country code. For example, if you want to call somewhere in the States, it’s the + sign, followed by 1, followed by the number you want to call. If you’re calling somewhere in Japan, it’s the + sign, followed by 81, followed by the number (and remember, if you’re calling a Japanese number with a US phone, or from anywhere outside of Japan, don’t dial the 0 that is normally the first digit of any Japanese phone number).