The late afternoon sun at Alton Baker Park was the perfect backlight for this shot. As I always do when I shoot, I only used available light. This means I used all the light I had available: the low-angled sun behind the couple for that nice ‘rim light’ and two off-camera speedlights pointed at the couple so their faces were visible (‘fill light’). I wanted to recreate the same light our brains would see in this scene so the off-camera speedlights were crucial; without them the couple would have merely been a silhouette. Had I exposed for their faces only, the background would’ve gone completely white, losing the context of the setting sun. By punching in just enough light of my own I was able to make the image appear more realistic. Lighting 101! 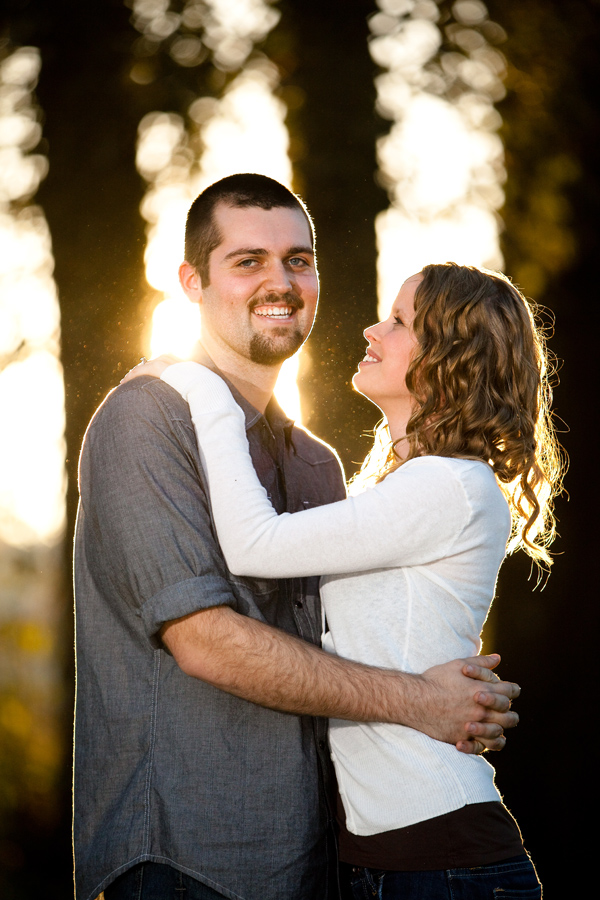 To flash or not to flash

During Amy & Brock’s elopement photos this past weekend I was using three of the new Canon 600EX-RT speedlights, one on-camera and two off-camera, with my 5D Mark III. After continuously shooting with the speedlights firing at full power (the shoot took place during the middle of a very sunny day), I noticed there were some instances when the flash didn’t go off. However, since I’d already metered for the background light, those instances weren’t a total loss. I was mostly using the extra light from the flashes to really make the couple pop, and to separate them a bit from the background. I really like the image below but the flashes didn’t fire; they’d overheated. Since I was shooting everything in Manual Mode I knew my background would match all the previous images; I simply needed to do a bit of work in Adobe Lightroom and was able to deliver this final result to Amy & Brock. 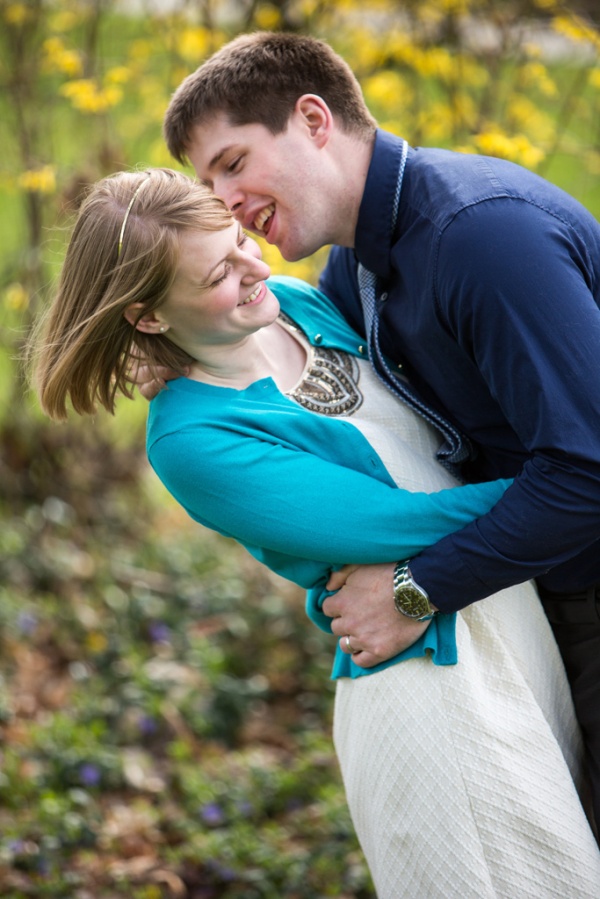 Alton Baker Park is a wonderful place for engagement photos; I’ve done a few e-sessions there and they’ve all been great. This photo is from an e-session I shot yesterday but the difference is, this was an elopement session! I must admit, this was the first time I’ve ever been hired to shoot photos of a couple that’s decided to elope. The fruit trees were in full bloom and the clouds parted long enough to provide a pastel blue backdrop.